By Erald Smith, Head: Geomatics and IT from
Agri Technovation and Wynand Malan: Managing
Executive: Agriculture from Mezzanine (Vodacom)

According to the BBC, approximately 90% of all the data in the world today has been created in the past few years.

If you combine the total of data held by the four big online companies – Facebook, Microsoft, Google, and Amazon – estimations are around 1,2 million terabytes (TB). To put that in context, one terabyte is 1,000 gigabytes (GB) of data.

Those numbers are staggering, as is the amount of information reaching producers across the globe. Consequently, processing large amounts of data in a user-friendly way has become imperative for successful farming.

Fortunately, in mid-2018, Agri Technovation and Mezzanine, a Vodacom subsidiary that develops digital and Internet of Things (IoT) solutions for Africa, formed a partnership regarding the MyFarmWeb™ platform.

The MyFarmWeb™ platform is at the forefront of digital precision agricultural platforms, allowing users to easily incorporate precision-based farming into their day-to-day practices.

The primary goal of precision agriculture is to strive for profitability, efficiency and sustainability on the farm – factors that any producer wishes to improve. By improving their overall efficiency, producers spend less late nights trying to sift through the data and can make decisions faster.

As an added bonus, a complementary support tool, the MyFarmApp™, was also launched, providing producers with a mobile solution that is easy to use in the field. The main goal of this partnership was to place these invaluable tools in the hands of large and small producers in South Africa, the rest of Africa and more recently, in the USA and Australasia.

The partnership seems to have paid off, as MyFarmWeb™ is currently utilised on about 3 800 farms, compared to 2 700 farms in June of 2018.

The current state of data

The reason for this growth is that MyFarm-Web™ serves as an information platform for precision-based farming that allows for the transformation of raw data into information, which can be used to formulate profitable plans of action. In essence, the system gives farmers insights into which farming operations are more sustainable and profitable.

In terms of being user-friendly, MyFarmWeb™ is a complex system that is packaged in a simplistic design and easy-to-use interface. The platform allows you to quickly pinpoint, drill down, compare, calculate and analyse data. Features include profitability configuration expansion and aerial maps, but after implementing updates, the platform now also offers the following innovative services:

A look towards tomorrow

Agri Technovation and Vodacom are always looking for new and improved ways to enhance the user’s experience of the platform and add value to the customer’s decision-making process. The newest version of the MyFarmWeb™ platform has the following exciting features:

Set up for success

With a platform such as MyFarmWeb™, electronic data that was normally available in various formats and scattered in various cabinets, files and desktop folders, producers can now easily access crucial information via one single platform. Data is permanently and securely stored in the cloud, which provides enough storage, speed, and computing power to analyse the collected data and package it in a format that is useful to producers.

By also connecting different data regions from different sources, including precision agricultural sensors, end-user-generated data and other data, this platform is so much more than an effective information tool – it converts data into practical, actionable plans that can form the blueprints for any successful agricultural operation.

For more information, contact an Agri Technovation agronomist or the head office at +27 21 300 0543; alternatively, visit the website at www.agritechnovation.co.za 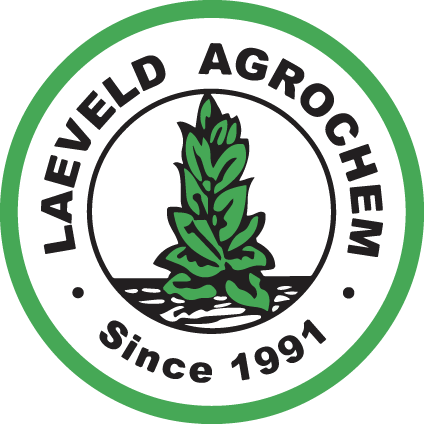 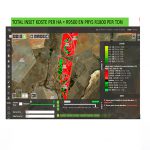 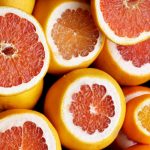